The Society have recently carried out a geophysical survey of the above piece of open ground which is in use as a park having been left ‘to the people of and visitors to Broadstairs UDC and to be called Holmes Park in perpetuity’ by George Augustus Holmes in 1944. Holmes was a prolific composer and musician also Director of Examinations at the London College of Music. He had houses built in the Avenue. 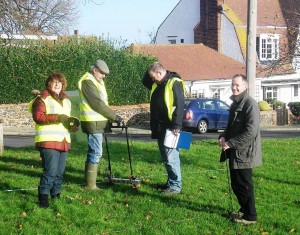 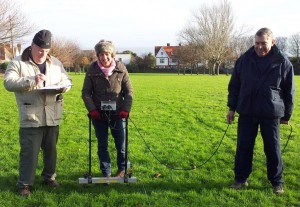 The park of circa 1,600 square metres lies between two Roman buildings ¾ of a mile apart excavated by the Trust for Thanet Archaeology in 2006 and 2009 respectively, and in the area of four individual Roman burials. We know that it has been farmland for the past 200 years at least, so any indications of structures means they would be old. To date there has been only indications of natural periglacial markings typical of Thanet.           GT

Information on one of our past projects:

Lord of the Manor, Ramsgate